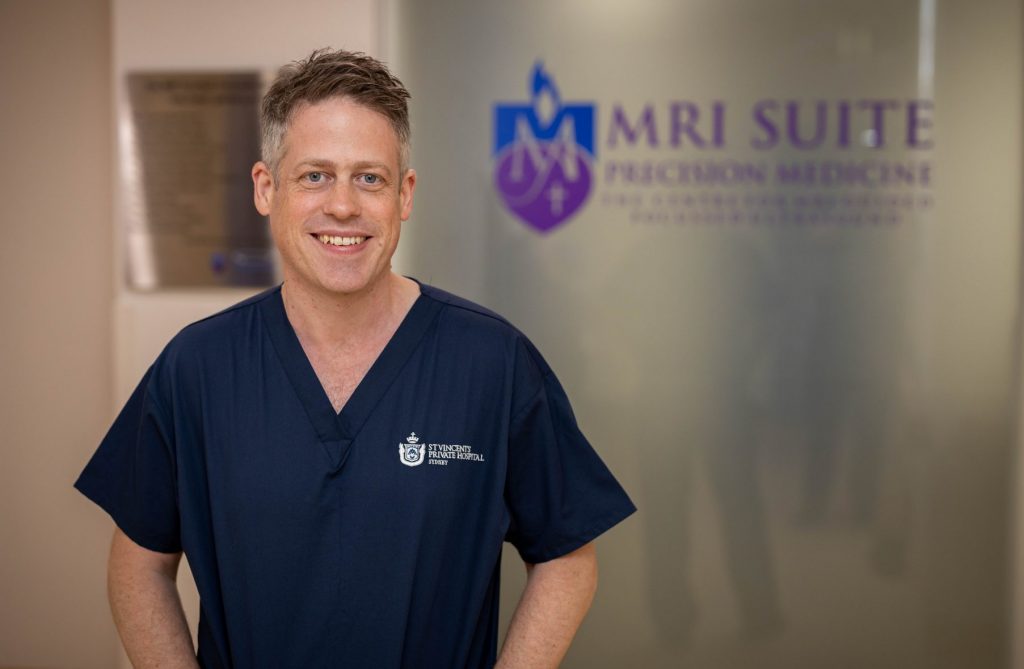 The most common cause of tremor is known as “essential tremor” and is closely related to another condition called dystonic tremor.

Essential and dystonic tremor are thought to affect around 800,000 Australians.

Essential (and dystonic) tremor can worsen over time, but are not related to Parkinson’s Disease. A movement disorder specialist can help confirm the diagnosis, but one of the common differences with a tremor caused by Parkinson’s disease is that it tends to be worst when not moving and decreases when actively doing something with the arms (whereas the reverse is true in essential and dystonic tremor).

Other causes of tremor can include thyroid problems, certain medications, and multiple sclerosis.

Essential and dystonic tremor tremor can occur at any age, even in childhood.

Medications are sometimes effective for tremor but only around half of people obtain significant benefit.

Essential and dystonic tremor often gradually worsen over the years.

Tremors can affect quality of life and can impede people from eating, drinking and looking after themselves. In addition they can be embarrassing and in some cases can lead to social isolation which in turn can lead to depression. One of the messages we hear time and again from patients with tremor is that whilst others (including well meaning doctors) can sometimes say “it’s just a tremor”,  for the person experiencing the tremor it can be associated with a major reduction in quality of life. 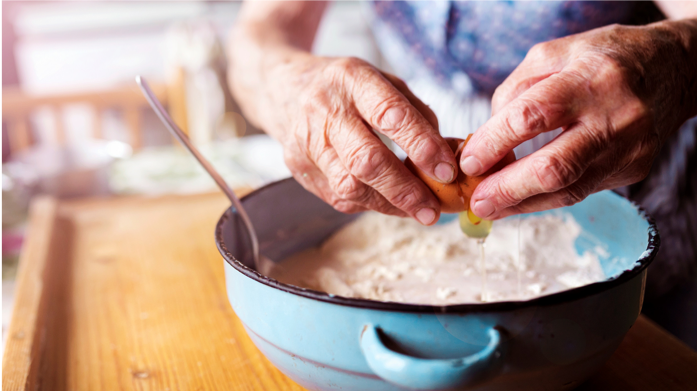 Treatments for tremor range from no treatment for very mild cases, through to medications and certain neurosurgical procedures such as deep brain stimulation or MRI-guided focussed ultrasound (MRgFUS) thalamotomy.

Medications such as beta-blockers, some anti-seizure medications and some anti-anxiety drugs can be trialled. The side effects vary depending on the medication but can include fatigue or drowsiness. About 50% of people will get some reduction in tremor though the side effects can be limiting.

Thalamotomy is a neurosurgery procedure where a small hole is drilled into the skull and a tiny probe inserted into a part of the thalamus which is containing cells that cause or drive the tremor. These cells can then be destroyed leading to alleviation or complete resolution of the tremor. As with all neurosurgery procedures it carries some risks including bleeding and infection, and a small risk of paralysis or other neurological problems as well as the possibility of other rare problems.

Deep brain stimulation (DBS) involves drilling a small hole in the head and inserting a permanent electrode into the thalamus or other region causing tremor. This is then connected via a wire to a pacemaker box located in the chest region. It carries some of the same risks as open thalamotomy but also carries risks related to the hardware such as hardware infection. The pacemaker box can be rechargeable or fixed cell and generally will need replacement sometime between 3 and 15 years depending on which model is used.

This is a new way of performing thalamotomy that does not require incisions, any holes to be drilled in the head, or any probes to be inserted. Side-effects have been reported (including numbness in the face or hand and gait disturbance) but are mostly mild and temporary. 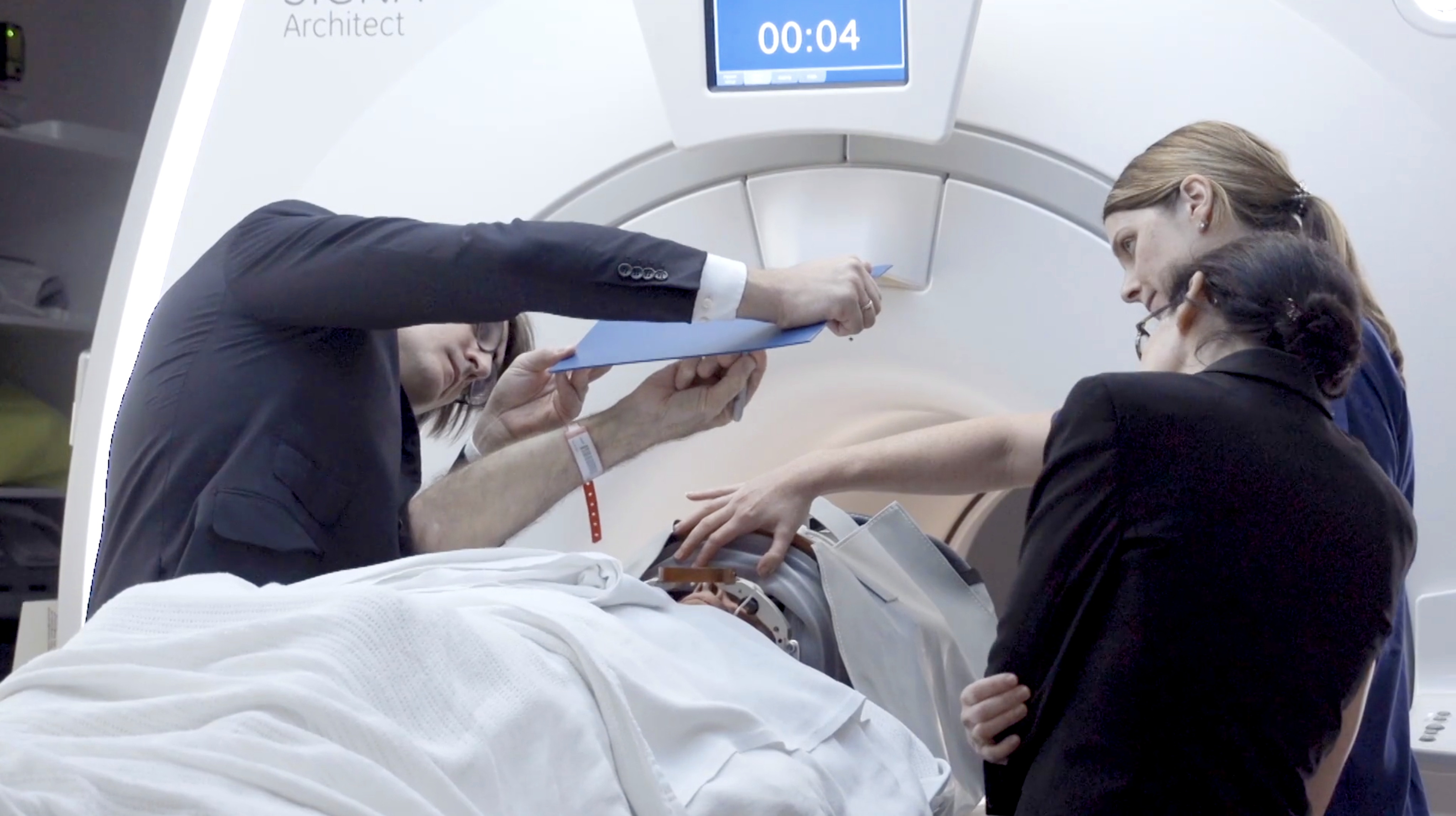 The team tests tremor during the MRgFUS treatment

The MRgFUS thalamotomy involves no incisions and the patient is fully conscious throughout. A stereotactic head frame is placed on the head with local anaesthetic and the patient lies in the MR scanner. If required some sedation can be given to help maximise comfort and relaxation during the MRI and procedure.

The focussed ultrasound sends 1024 individual ultrasound beams through the brain that intersect at a single point in the thalamus and can destroy the tremor causing cells. This can all be monitored on the MRI and by repeatedly checking the patient and their tremor until the tremor has been adequately treated.

When it is over there is an immediate and significant reduction in tremor.

Can I be assessed for suitability for this treatment?

Patients with tremor, Parkinson’s Disease or dystonia may be assessed for suitability for treatment.

In general the assessment will include:

MRgFUS has been the subject of intense research interest. For tremor this culminated in publication in the New England Journal of Medicine of the pivotal randomised controlled trial of MRgFUS thalamotomy.

Other current research projects active at various sites worldwide include:

In addition there is significant interest in whether modulation of the blood brain barrier using MRgFUS may provide the possibility of treatment delivery of compounds to the central nervous system for Alzheimer’s Disease and for brain tumours.

Please find a list of some relevant research publications: