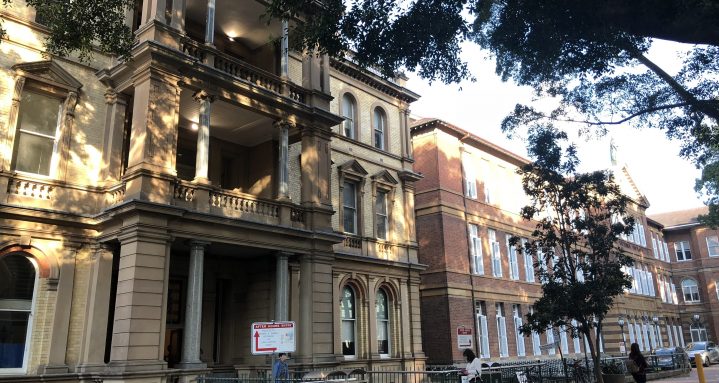 For some people living with epilepsy, the diagnosis means a lifetime of fear and dangerous seizures. But for those treated at Royal Prince Alfred Hospital, there is the possibility of a cure.

RPA is one of two hospitals in Australia using stereotactic electroencephalography, a minimally invasive technique that targets otherwise difficult to access parts of the brain. It has yielded remarkable results since it was introduced at RPA in February 2014.

“The technique involves delivering multiple electrodes directly into the brain to make a three dimensional recording of the seizures,” said RPA neurosurgeon Dr Ben Jonker. “This reveals the precise part of the brain where the seizures are originating and exactly where we need to operate.”

RPA’s Director of Comprehensive Epilepsy Service Associate Professor Armin Nikpour is responsible for bringing the new technology to the hospital. “It’s exciting because we’re now offering surgery to patients who previously had no surgical options at all,” he said. “We can also carefully plan where the electrodes go to minimise the amount of brain removal and maximise the chance of success.“

Father of four Allan Frazer had controlled his epilepsy with medication for 10 years, but when that control faltered, he began suffering grand mal seizures several times a week. “It is frightening because you’re out without warning and you get injuries to your face and head. You never know when it will happen,” Mr Frazer said.

Dr Jonker performed the technique on Mr Frazer in February last year, definitively showing the location in the brain causing the seizures.

In May, the seizure producing area was removed and Mr Frazer has been seizure free since. “The doctors at RPA completely changed my life. I would do absolutely anything for them,” Mr Frazer said.

Associate Professor Nikpour hopes donor support will help RPA become the first hospital in Australia to offer laser epilepsy surgery, which can burn the seizure producing part of the brain in a minimally invasive procedure. “It’s done while the patient is awake and they can walk out of the hospital seizure free on the same day,” he said.

Read more about Epilepsy and SEEG